I am going to say…I did not have an easy time figuring out how to use the ticket kiosk and ended up purchasing the wrong ticket. If I were you, I’d go to the ticket counter and make sure you buy the right ticket back. Though I screwed up…the guy at the gate was very kind and for some reason gave me a discount so I only paid £27 instead of £37…honestly, don’t know why, but it was nice of him to give me the discount.

Riding the train is a pleasant experience, not as awesome as riding the Shinkansen in Japan, but loads better than riding Amtrak. A really fun trip I’d like to take next time is a luxury train ride, like the Orient Express or the Danube or Golden Eagle…or something along those lines. It took about an hour and a half to get to Canterbury and I would say…if you go to London, don’t keep yourself stuck in the city!

It’s not that I don’t love London because I do…but honestly…it’s just another city with great food and awesome museums, like NYC, Chicago, or Paris. Next time I will for sure stay outside of London and somewhere else…like…Cotswold or Stratford-on-Avon.

I found Canterbury to be a very quaint little town. People were very friendly and kind…I haven’t traveled to many places where someone says “good morning” to me as I pass by. When I got here, I didn’t have a huge plan on what I was going to do…my main objective was to visit the Canterbury Cathedral…I got much more than I had hoped!

I arrived at 10:30ish and I walked from the Canterbury West station to the West Gate Garden. 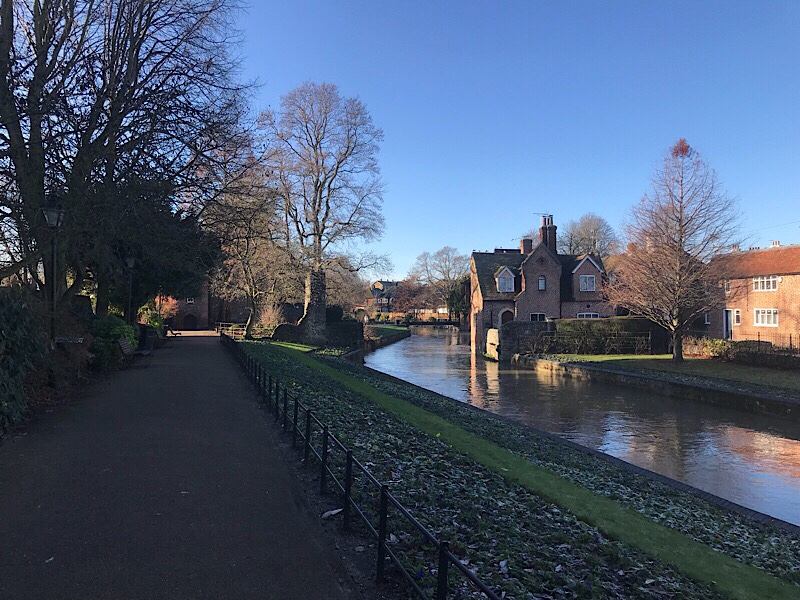 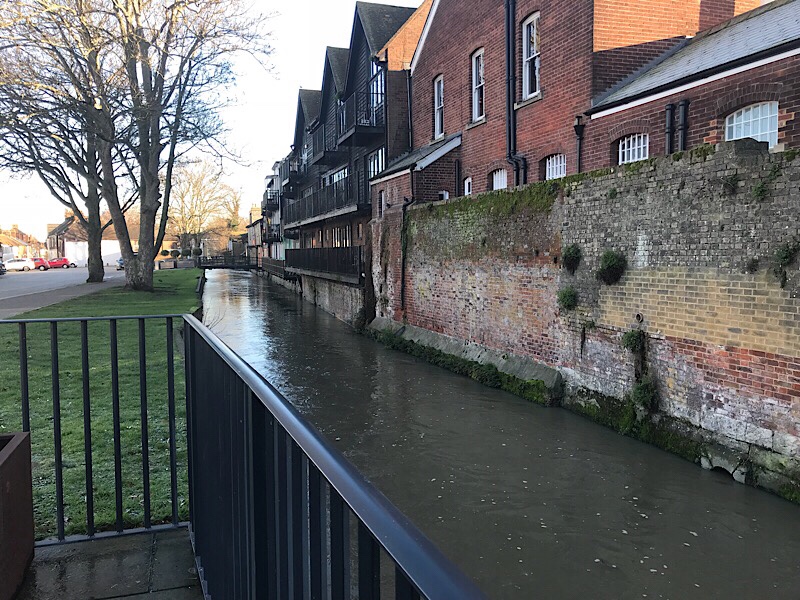 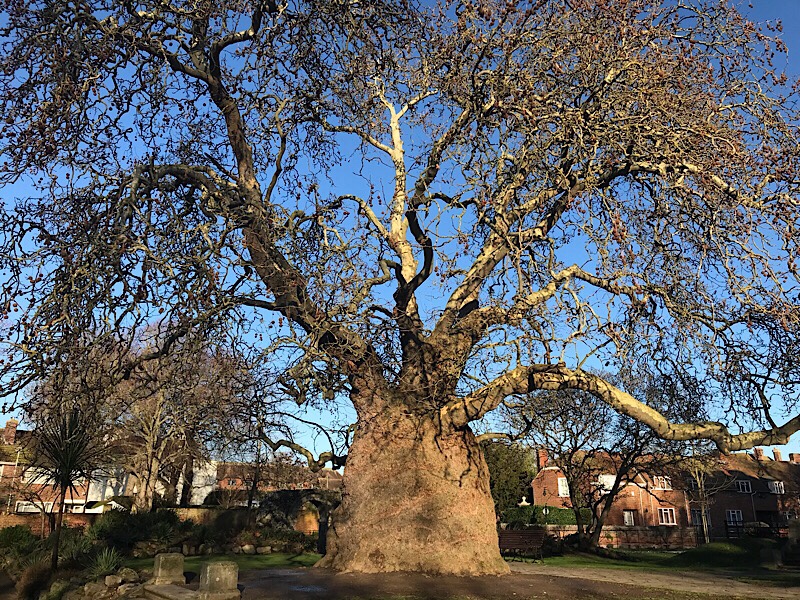 I followed this around to pass Canterbury castle, which was sadly closed due to falling brick.

I continued on through Dane John Gardens…which was quite lovely and had some beautiful row houses (not sure what the British call them) that shaped around the park.

I headed to St. Augustine’s Abbey, which was sadly closed during this time…it apparently is only open on the weekends, so that’s something to keep in mind. They had a list of times they are opened based on time of year, so make sure to look at that before you head there! The abbey looked amazing, so I’m quite disappointed I wasn’t able to go in and explore.

I stumbled across St. Martin’s church, which is apparently the first church founded in England and it is the oldest church in continuous use in the entire English speaking world. Sooooo what I thought was cool, is that Canterbury has three sites recognized by UNESCO, St. Martin’s Church, Canterbury Cathedral, and St. Augustine’s Abbey.

I continued my walk and found St. Augustine’s Conduit House…this is part of the monastic waterworks that sublimed nearby St. Augstine’s Abbey. It was built in the mid-12th century and it housed an octagonal tank and guided water to the abbey via lead pipe.

Moving on, it’s lunchtime! I stopped at a restaurant called Azouma restaurant, which serves Moroccan and Lebanese food. I’ve never had Moroccan or Lebanese food and I thought it was amazing! For lunchtime they do a buffet which is £8.95, which is an awesome deal! It’s all you can eat and they have 16 hot and cold starters, salads, 8 different tangines, and 8 different desserts. I tried a little bit of everything and it was all fantastic. I also advise to get the Moroccan mint tea…sooooo delicious! 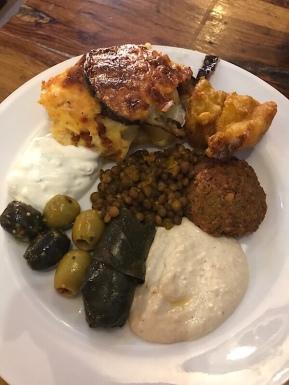 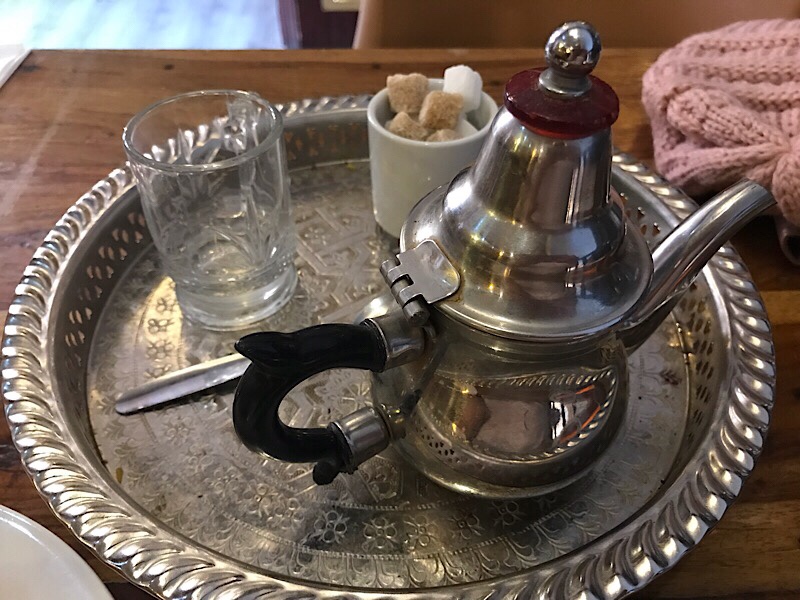 Now that I am no longer starving, off to Canterbury Cathedral. You do have to pay for entry…and I think I paid £12. I’m not generally into paying for entry to a church, but it’s the Cathedral. It was magnificent and totally worth it. There was an herb garden, catacombs, crypts, cloisters…there’s some serious famous people buried there. I spent a little over an hour at the Cathedral. 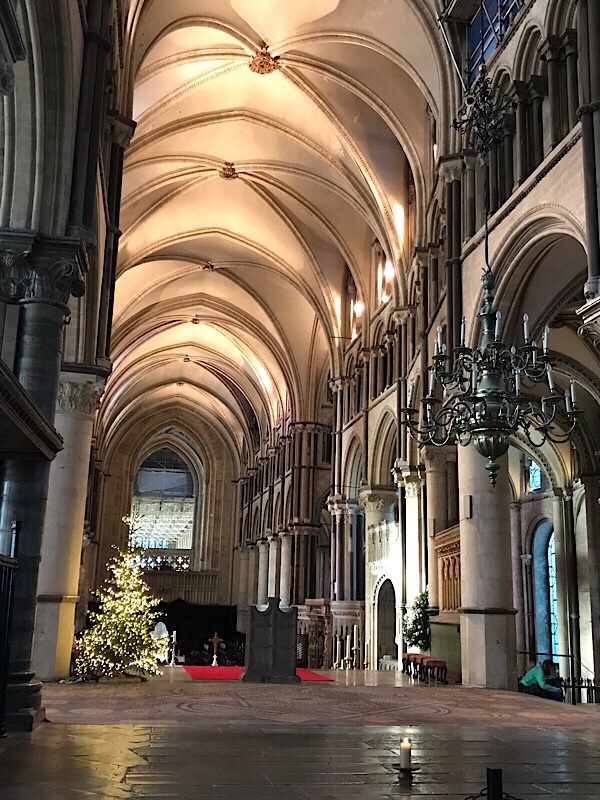 The cathedral is smack dab in the middle of the town so I walked through it and spotted the Chocolate Cafe. I went in and ordered scones (which were delicious) and a hot chocolate…and let me tell you…I’ve NEVER had a hot chocolate this amazing. It was really thick, like sipping chocolate. Needless, to say I couldn’t finish it…regretfully… 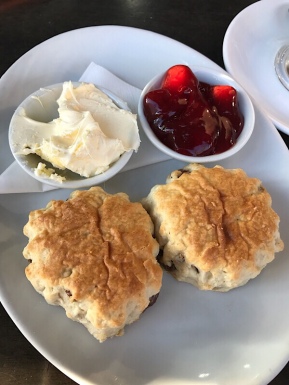 By this time it is almost 14:00 and I’m pretty done, which was sad because I had plans to go to Chilhelm and Leed’s Castle…but I was exhausted from all the walking and…because it’s right after Christmas (I’m such an idiot, don’t know why I didn’t think of this) SO many people were in the town area buying things for the after Christmas sale, so I was done with tourists.

After I got back to my hotel I passed out and didn’t wake up until almost 0:00…so…no food for me.

I also want to point out…being from a country where people drive on the right, I was trying to use parked cars as a method to figure out which directions cars were coming (so I could cross the street), but don’t bother…cars just sort of park wherever, so you just have to remind yourself which direction the cars will be coming from.

Tomorrow…I’ll talk about my time at Stonehenge and Bath. 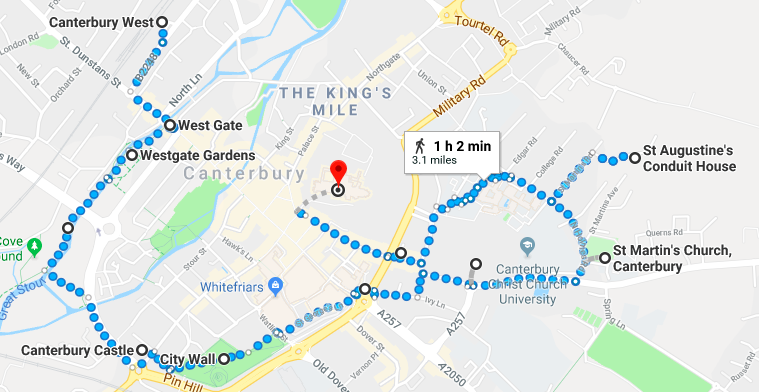 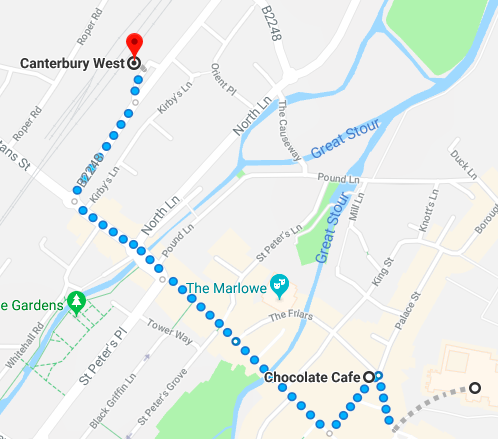