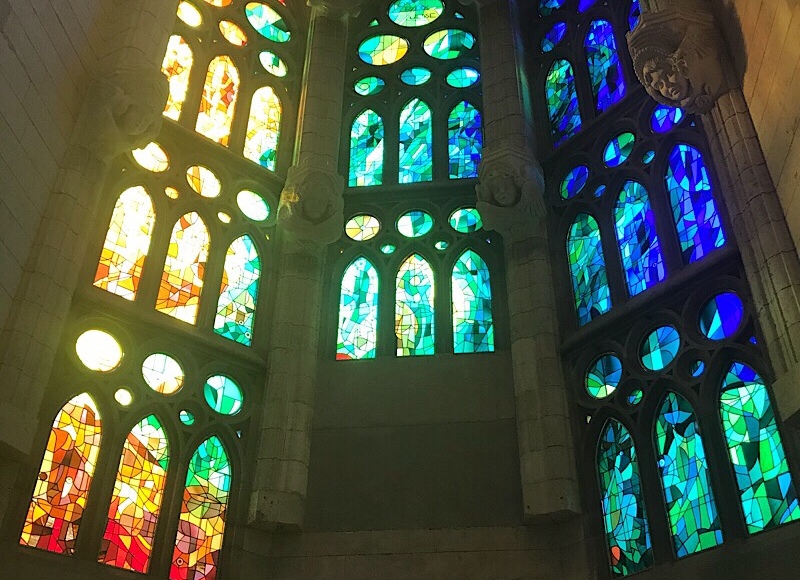 For some reason, I am not as in love with Barcelona as I am with Paris…I really thought I would be. Don’t get me wrong, I enjoyed it, but much like Paris, I think the overrun of tourists ruined it for me. Would I go back? Absolutely. I will say, that the food was pretty good, at least the places I went to. I’d go to Barcelona just to eat.

I took a train from Paris to Barcelona, which took about 6 hours and I arrived around 8:00pm. 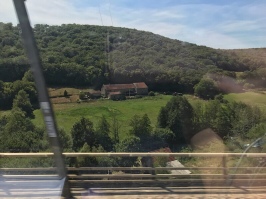 Let’s get right into the tips for local transit. If you are at the train station you’ll be pretty close to a metro station. If you’re planning to be in Barcelona for a bit and know that you may take public transit then look to purchase a T-10 card. You can purchase as many T-10 cards that fit on one card, making it reusable. For example, if there are two of you can select 2 T-10 cards for 10.40 Euro for zone 1 (If you are primarily going to be in Barcelona proper than zone 1 is totally sufficient. Anyway, let’s say you purchase 2 in one go, then you will get ONE card with a total of 20 tickets. If you just get it for then it is 10 passes to ride (which is what I did). This card is valid on Bus, Metro, Tram, and a few other modes that I didn’t use. It DOES NOT work for the Aeroport buses. That Aeroport buses are about 6 euros.

Anyway, my day 1, since I got there so late I just went to grab some food. I decided to stay in the Gothic Quarter’s area which is pretty central and terribly miserable during tourists season. I mean, I didn’t think of the latter part, I was just trying to find a place that was central so I could walk the majority of the time. I ended up seeking a place for dinner…and I will say Barcelona will not disappoint for being a late night city. I found a relatively cheap, but a good place called Tucco Real Food. 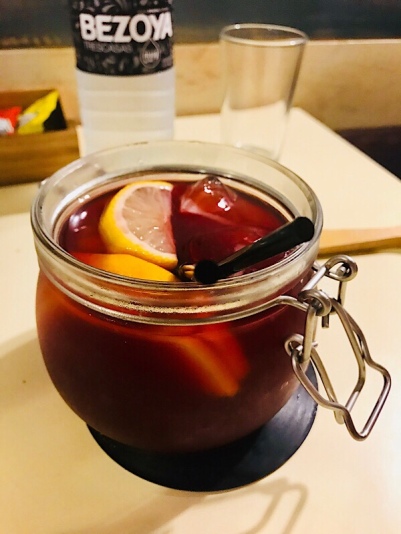 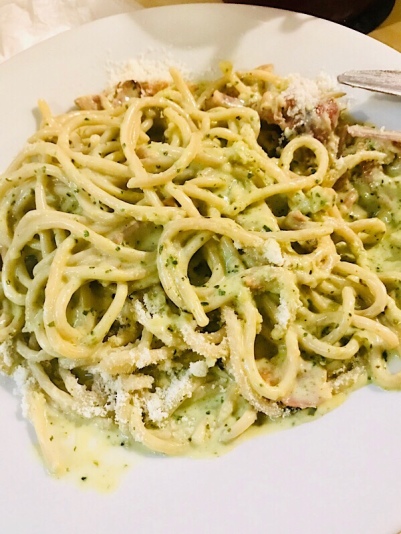 I ended up sitting next to these two gentlemen from San Diego and chatting with them as we ate dinner.

I was very close to La Rambla, which is an esplanade lined with trees and enough concrete for people to set up shop and sell their wares. I walked along with that for a bit. Of course, the day that I get to walk around there was a crazy thunderstorm. But…I had to brave it and to go to my lunch place…I had made reservations at a placed called Arume. And can I say…quite amazing…I ordered a sangria and a duck paella…and OMG…I LOVE paella so much…I mean…I’ve never had a REAL paella…I don’t think…but yes Spain…thank you for the paellas. I COULD NOT eat all of the paella…but I left room for this dessert…it is the first time I ate something and I could absolutely NOT figure out what the hell I was eating, but OMG it was so delicious. If you are ever in Barcelona and you are fortunate enough to stop at Arume then do yourself a favor and order this dessert: La Torrija de Manuel 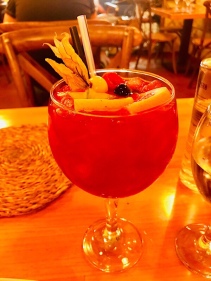 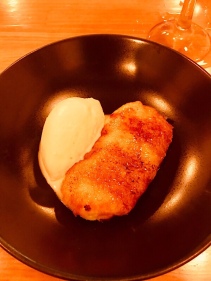 They were very kind at the restaurant since I came in dripping like a drowned rat. Every part of me was soaked…hair, shoes, clothes, it was quite laughable. The owner was very kind and offered me a towel. After I was done eating, the rain had died down to a Seattle style rain. When I got back to my hotel I stripped of all my clothes and squeezed out as much liquid as possible and started drying the most important parts of clothing…namely, my socks, my shoes, and my jacket.

I stayed in my room for a couple of hours while things started to dry and then I went to go eat dinner. I went to a place called Addis Abeba…an Ethiopian restaurant. I know…that sounds so weird to eat Ethiopian in Barcelona…but go there…that place was so delicious! 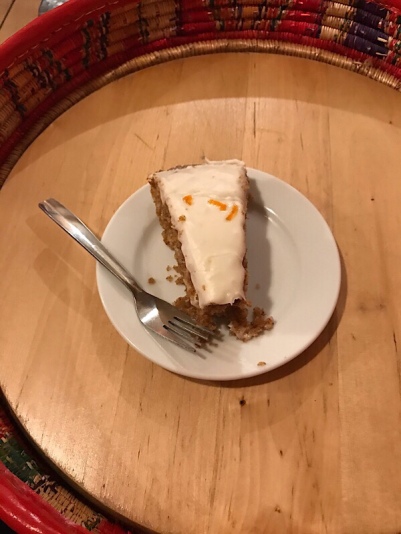 After having quite a satisfactory dinner I started my walk. I went all over the place…I walked to Poble Español and the Magic Fountain. I walked ALL over the place and finally ended back to my hotel. Now my Day 2…that was quite the day.

I started my day by going to Park Güell and going to Gaudi’s House Museum…the park was quite beautiful, but you did have to pay to enter certain parts of it…but…I wanted to make up for lost time and I didn’t have time for that as the line was obscene.

The House Museum was ok. I only went to it because I had bought a ticket to La Sagrada Familia and it was a package deal for 22 euros. It was interesting to see the house that he had built…but substance wise…meh. There just wasn’t much in there.

I had brunch at a place Brunch & Cake. I ordered…honestly…I don’t know what the hell I ordered…it was good but SO weird…lol…they also had a dish called eggs benedict…but when someone next to me ordered it…it was no eggs benedict that I’ve ever seen.

Then off I went to walk some more. I walked down this street where I saw Casa Mila (didn’t go in because of the line) and Casa Batllo (didn’t go in because of the line) and a lot of high-end shops were down this street. I continued my walk through Plaça de Cataluña, saw the Cathedral of Barcelona, walked through La Boqueria (food market), Sant Antoni Market, La Monumental, and finally went back to my hotel to rest before going to La Sagrada Familia.

My ticket for LSF wasn’t until 6:45, so I decided to go see if I could make some time to grab a bite to eat….so I went to a place called Cañete, which is a tapas bar. And this is one of those moments where I wished that I had people to travel with (only time I ever with this is when I can’t try TONS of food)…I ordered a few items but couldn’t eat them all 😦 I’m one person after all.

Walked through LSF…it was beautiful…but…when do they plan to finish that thing? It’s approaching 200 years. 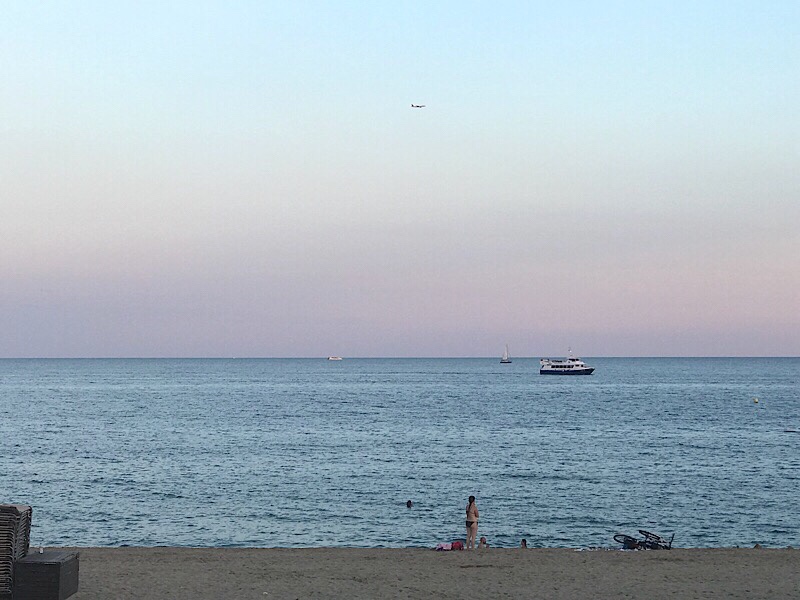 That was it…another whirlwind tour around another European city.

The next day, I got up early…my flight was at 9am to Göteborg.

You know…I love traveling…but for some reason my trip this past week or so has felt…I don’t know sort of lackluster…I think I need to travel during the offseason. I will say, I’m super motivated right now to improve my Spanish and my French. I got around as I did around Paris…I knew enough to get myself around. Anyhow…now the rest of my time in Europe is Sweden.