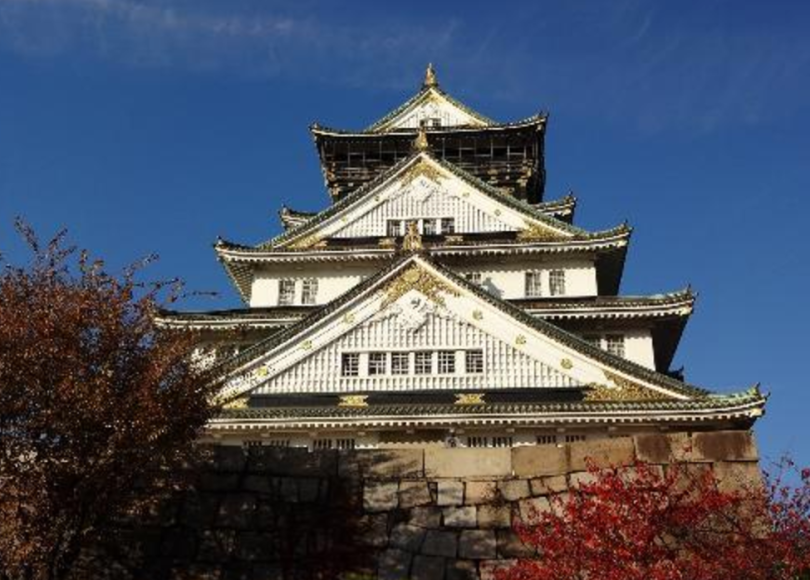 Sadly, it rained all day. For the first half of the day, it was like Seattle or London rain, no need for an umbrella (unless you aren’t a local, or as I heard one Londoner say, “Carrying an umbrella makes you look like a twat.”). The second half of the day, it was more like a Boston or New York rain (but not during hurricane season) and of course, me without an umbrella. I also didn’t do as much as I would have liked to because of that.

I got up and took a train to Osaka, just 26 minutes on the rapid line (free with a JR Pass – This pass is just paying for itself). The nice thing about Osaka is I managed to ONLY take JR trains so I didn’t have to worry about draining my IC card, enough of that will happen when I get back to Tokyo. I had big plans for Osaka, but after being there for about 4 hours I was exhausted and wet so I ended up leaving early.

Here’s what I did:

Here’s what I wanted to do:

Ahh well, it didn’t quite work out the way I wanted, but it’s ok I think needed to rest. I’ve been going pretty non-stop for the past 3 weeks traveling from Amsterdam, Belgium, and Sweden.

After returning to my hotel in Kyoto, I discovered a shoe drying machine O_O Yeah…it was pretty awesome. I’ve never seen one before and I was terribly grateful for it as my shoes were completely drenched so I used it to dry my shoes, socks, and the bottom half of my pants.

I ended up laying in bed and resting while I waited for my clothes to dry. I had it in my mind to maybe venture out and get some curry…well, that didn’t end up happening. Instead, I ended up going to a 24-hour ramen place. This place is called, “Ten’nen Tonkotsu Rāmen Ichiran Kyoto Kawaramachi“. The process was really interesting, first cash only… 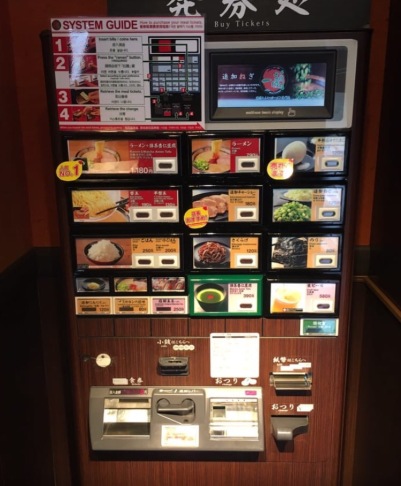 Step 3. Wait in line for a table, while in line, fill out your toppings card 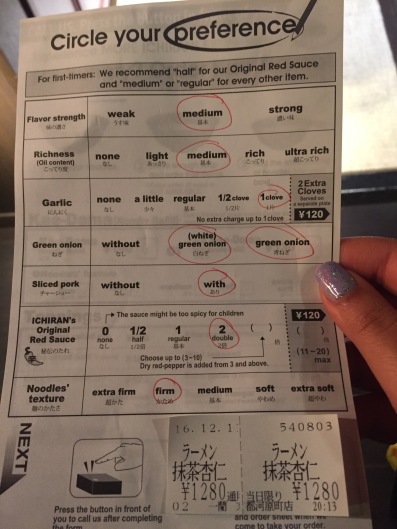 Step 5. Give your ticket and toppings card to the person on the other side of the window (you can’t see their face because it’s a half window)

Step 6. Receive your ramen and the server will close the separating screen between you and him

Step 7. (Optional) You are left with another toppings card in case you want more of something (for additional cost), ring the bell, they will look at what you want then deliver your ingredients

Was it good? Uh…it’s Japanese ramen…in Japan…so yes. Was it the best? I’ve had better in Tokyo. I’m super tempted to go to Sapporo…lol…but I don’t really want to take the 8-hour train ride for that. I will also mention that this place is QUITE popular, it was a little after 20:00 and there was a line. I ended up waiting, maybe 20 minutes to get a table.

At this point, it’s raining pretty hard so I just wanted to get back to the hotel, as again my shoes, socks, and pants were wet.